News: Change for the Groundswell Project

After almost ten years, Creative Director, and HASH-network member Dr Peta Murray, has stepped away from the not-for-profit arts-and-health organization The Groundswell Project she co-founded with clinical psychologist, Dr Kerrie Noonan, back in 2010. Murray’s departure was announced, as she was formally farewelled, at the recent PHPCI2019 Conference held in the Blue Mountains, in October 2019, and follows Dr Noonan’s exit earlier this year. 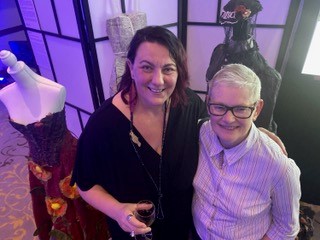 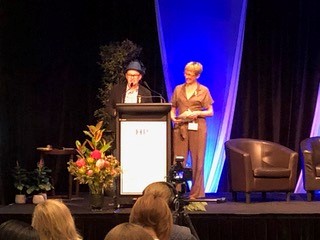 The Groundswell Project has been a game-changer in promoting death literacy in Australia and is responsible for initiatives like Dying to Know Day, as well as a research-partnership-based national Death Literacy Index, and for pilot programs, currently rolled out nationwide, around the concept of Compassionate Communities. In its early years, The Groundswell Project delivered three FilmLife Projects in partnership with The Organ and Tissue Authority, paired up with Year Eleven students from Penrith High School to deliver three iterations of a Drama Project around end-of-life, worked with Rookwood Cemetery to deliver Hidden, a sculpture prize and walk staged in a graveyard, and numerous other initiatives, workshops, festivals and events designed to capture and restore community confidence, capacity and knowhow around dying, while challenging institutional ‘ownership’ of death and the pathologizing of grief by medical and funeral professionals.

As part of her final pro bono contribution, Murray curated an arts program for and within the PHPCI2019 conference, and also, alongside colleague Niki Read, delivered a community fringe festival, From the Brink. She also presented one of her own works, the installation and performance diptych, vigil/wake. This work of live art has been developed over three years, beginning with two seasons at North Melbourne’s Arts House, before being further refined within On Loss: A Public Re/w/rite, for the Melbourne Writers Festival 2019. Collaborating artists are Rachel Burke, Jane Murphy, and more recently, Thembi Soddell. 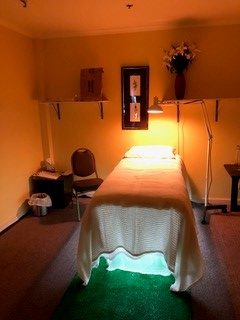 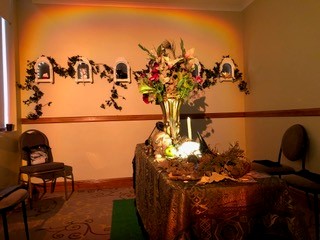 Murray, now a VC’s postdoctoral research fellow in the School of Media and Communication at RMIT University, will continue her work on the development of co-created, arts-based secular ceremonies and collaborative methodologies expressive of an activist intent, while Dr Noonan is now with the National Association of Loss and Grief (NALAG).

The Groundswell Project will celebrate its tenth anniversary in 2020.

350 delegates from all over the world converged over 12-16 October on the 6th Public Health Palliative Care International Conference, held in the Blue Mountains and co-hosted by Western Sydney University and the The Groundswell Project, a not-for profit co-founded by HASH network member, Peta Murray. 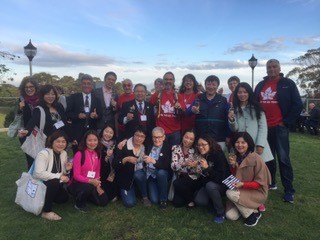 The theme of this conference, Compassionate Communities in Action: Re-claiming Ageing, Dying and Grieving brought together researchers, clinicians, artists and practitioners in a unique interdisciplinary gathering built upon the Ottawa Charter of Professor Allan Kellehear and the foundational work of Dr Suresh Kumar.

Two years in the making, this year’s conference endeavoured to walk its own talk, not just activating but also “artifying” most panel sessions, under Peta’s curatorial eye. It also made itself porous at the edges, admitting members of the Greater Blue Mountains communities through various events that were outward looking. These included a Fringe Festival: From the Brink, curated by Niki Read, and featuring a death-themed film festival, book launches, exhibitions, a panel discussion among artists who work on end-of-life issues through material and writing practices and, as a major drawcard for a hard to reach demographic, an evening session dedicated to Men and Mortality, featuring the Spooky Men’s Chorale. 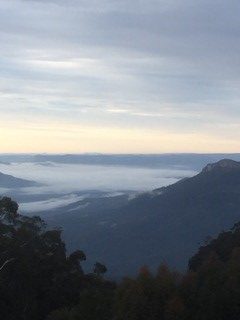 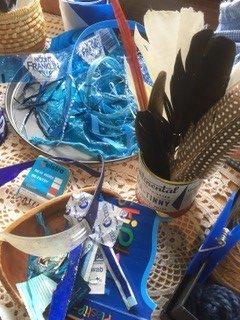 By day, delegates pored over a packed program of workshops and presentations, book-ended morning and night by opportunities to collaborate in playful, exploratory and creative activities. Local dances from Dharug country were shared by members of all female indigenous group, The Wagana Dancers, at a moving opening ceremony.

Early morning poetry workshops took place in the scenic bushland setting, amidst whoops from lyre birds and shrieking cockatoos. A Dawn Chorus of delegates, under the musical direction of Rachel Hore, OAM, met at 7.15 each morning to practice a suite of selected songs that were later performed alongside community choristers in the closing ceremony.

A corner of the foyer was dedicated to the construction of a bower, and delegates were invited to adorn it with found objects, trinkets and messages in bower bird blue. A series of small films, Michele Aaron and Jed Jerwood’s Life:Moving were available on iPads for private viewing all day and many delegates also chose to attend vigil, Peta Murray’s contemplative installation for one, followed by its companion work, wake, a performance-cum-ceremony for groups of twelve, devoted to mourning the unmourned. A series of textile works by artists Anzara Clark, Sophie Conolly and Jessie Deane braided all of this together within the theme of the fabric of life and death.

The conference finale, hosted by incoming PHPCI President Dr John Rosenberg, included the announcement that Belgium will co-host the next conference, in 2021, alongside colleagues from the European Association for Palliative Care. For further information: http://www.phpci.info

Healthtalk Australia is an online resource dedicated to improving the health and wellbeing of Australians by harnessing the power of stories, rigorous research methods, and the internet to understand and share experiences of:

Head to Health is a national digital platform providing links to credible, high quality Australian digital and phone supports, resources and treatment options for mental health, and is working towards establishing a national certification framework for digital mental health services.

Renata and Kate from the Social Research in Health Program (Social and Global Studies Centre, School of Global, Urban and Social Studies, RMIT University) are set to continue their research collaboration on women’s experiences of reproductive health with the Monash Centre for Health Research and Implementation (MCHRI), Monash University. Renata is an Associate Investigator and Kate a Research Fellow on the NHMRC Centre for Research Excellence on Women’s Health in Reproductive Life (WHIRL) announced on 29 August 2019.

Event: SAVE THE DATE!

Join us for an afternoon of stimulating conversation on approaches to meaningful engagement with experts by experience, to transform the agenda for mental health research, policy and practice.

You can register for the event here.