Digital art for rehabilitation:
from the hospital to the community

Acquired brain injury (ABI) is a serious and costly health issue. Headed by Jonathan Duckworth, Elements and Resonance are two cooperative interactive digital artworks that target upper-limb movement rehabilitation for patients with an ABI. These two projects build on the potential of arts/science collaborations as one of the driving strengths of our work.

The research behind Elements and Resonance indicated that group based rehabilitation has the potential to stimulate a high level of interest and enjoyment in patients; facilitates social interaction; complements conventional therapy; and is intrinsically motivating. Both artworks consist of several interactive game environments, which enable artistic expression, exploration and play, and encourage collaborative, cooperative, and competitive modes of interaction for small groups of co-located participants.

These systems have been developed in R&D laboratories at RMIT and ACU, including usability studies. Our evaluation of both systems is ongoing with our clinical collaborators at the Epworth Hospital (Melbourne), Prince of Wales Hospital (Sydney), the Maartenskliniek in Nijmegen The Netherlands, and the Evelina Hospital in London.

Clinical evaluations of the award-winning Elements rehab system, showed it helped patients with brain injuries to relearn movement skills and improve their day-to-day functioning. Elements was awarded the 2015 Victorian Premier’s Design Award, and the research team are currently working on a translation plan to market, that will hopefully see the system used widely in hospitals, rehabilitation clinics, and other practices.

Resonance was showcased at the Sónar Festival in Barcelona, and the project was chosen by Spanish newspaper El Mundo as one of the top 10 innovative ideas from the conference, which was attended by more than 40,000 people. 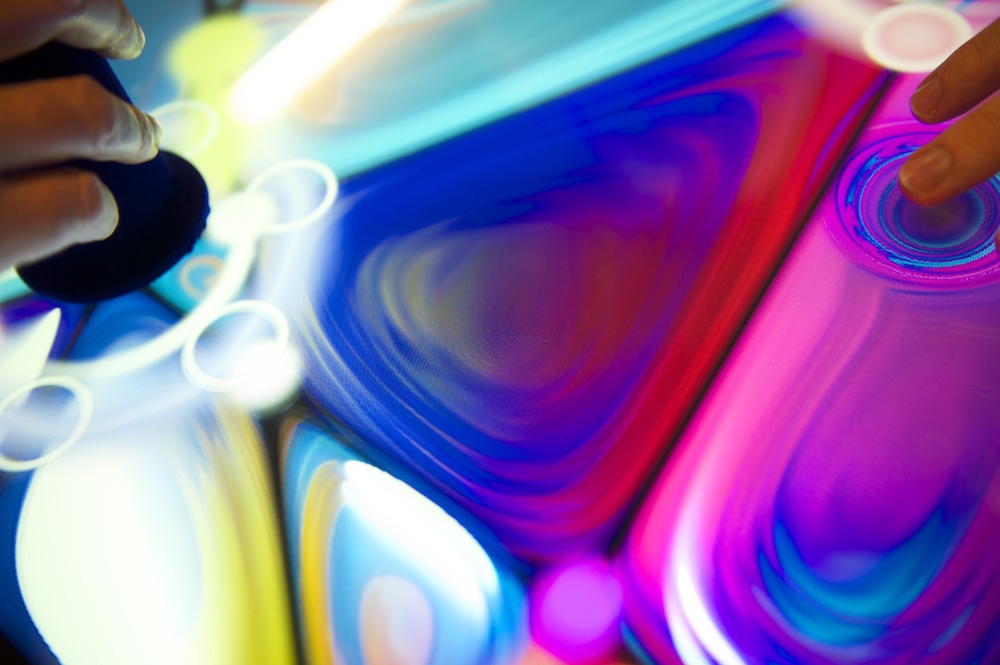